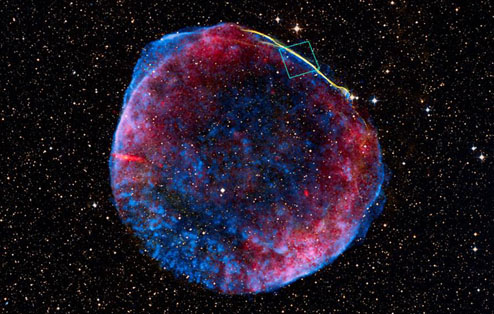 Before we completely bid adieu to our nation's birthday, we here at Gizmodo would like to give one more shout out to the fourth of July. Seems like even the stars in the sky can't resist putting up a display for good ol' American freedom. These red-white-and-blue pictures of Supernova remnant SN 1006 are what's left over from a star explosion first observed by humans in year 1006. The flash in the sky is a remnant of a blast 7,000 light-years away in the Lupus constellation. Scientists say that it was the brightest observed supernova in recorded history, and that the light from the explosion could be seen in the daytime for weeks afterward. The supernova sent a shockwave that traveled outwards at nearly 20 million mph. In the 1960s, radio astronomers first detected the ring of material pushed out by the shockwave. With the latest imagery, released by the Hubble Space Telescope's science team, you can see a gossamer stripe with starlight shining through it вЂ“ the rocket's red glare indeed. 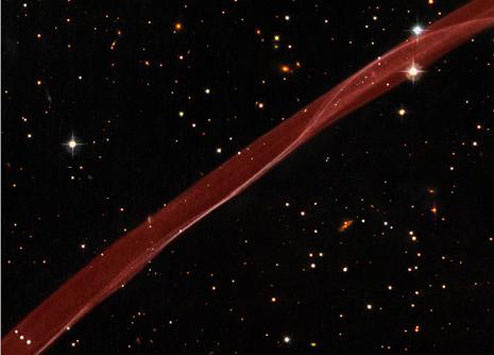