Mars Phoenix lander to touch down on the red planet tonight 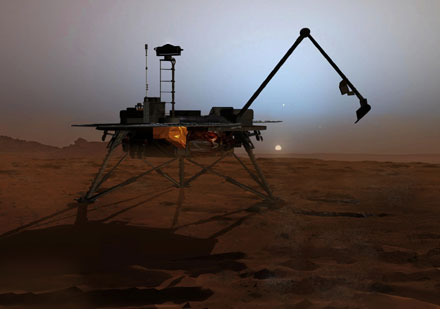 Suit up, space nerds, because the Phoenix lander is mere hours away from touchdown on Mars, and NASA's blowing this thing out. Not only will you get a live video feed from their site, but apparently Mission Control ops will be liveblogging the touchdown and ensuing alien encounters / totally boring rock digging. Festivities kick off at about 6:00pm ET, prepare to set faces to stunned.