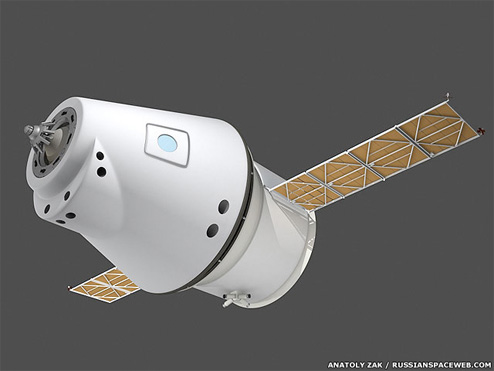 Here it is, fellow space-geeks, the first official image of the new joint Russian-European manned spacecraft, and we'll be damned if it doesn't look like something out of the Ikea Kitchen Collection. It's made to ferry up to four people (cosmonauts or astronauts?) to the moon and back, with a two-stage orbiter-and-lander design much like the original American lunar missions. What's interesting is that the craft uses thrusters to slow its descent to the moon's surface as well as to launch itself off the surface. The Russians state that they expect a launch in 2018, though a launch could happen sooner if stock rockets currently available are modified, which sounds perfectly and totally safe to us. [BBC]