NASA electric lunar rover struts its stuff for the President 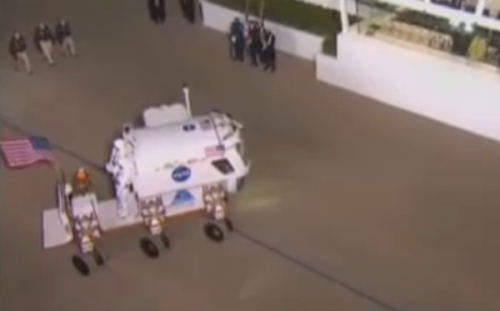 For the Inaugural Parade, NASA astronauts greeted our new President in the style befitting such an august organization (and one that'll take all the funding they can get) by trotting out their Small Pressurized Rover. Hopefully by 2012 this thing will be spending less time cruising around Washington DC and more time on the lunar surface, where it can support two intrepid explorers for up to two weeks at a time. It sure looks cramped, but man, what a view! Check out some video of the thing in action -- in the nation's capital and in the wild -- after the break. 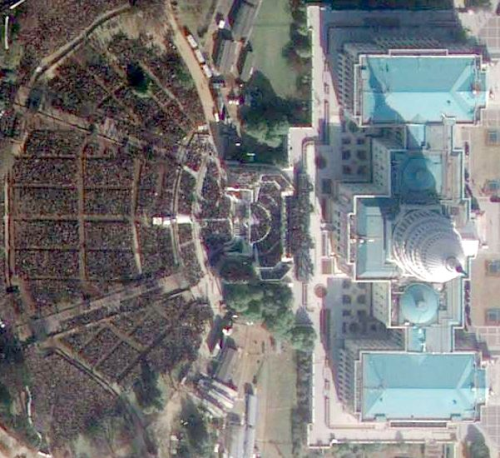 GeoEye-1 took this satellite photo of Barack Obama's inauguration ceremony. At left, crowd. At right, Capitol Building.(Credit: GeoEye) GeoEye-1, the satellite that will supply Google with high-resolution imagery of the Earth, took a high-resolution photograph of the inauguration of President Barack Obama. The satellite is expected to start producing data for Google in coming weeks, but in the meantime, this shot shows a bit more tantalizing detail about what will show in Google Earth and Google Maps. It was taken from 423 miles up as the 4,300-pound satellite traveled 17,000 miles per hour. GeoEye launched GeoEye-1 in September, and Google has exclusive rights to imagery for online use. For a larger view, click on the bottom image, which we're publishing at one quarter the original resolution. The two smaller images are are full-size crops. Update 7:52 a.m. PST January 21: Google Earth users can view the photo through the software, according to Google's Lat Long blog. And GeoEye has added the image to CNN's Photosynth view of the inauguration. 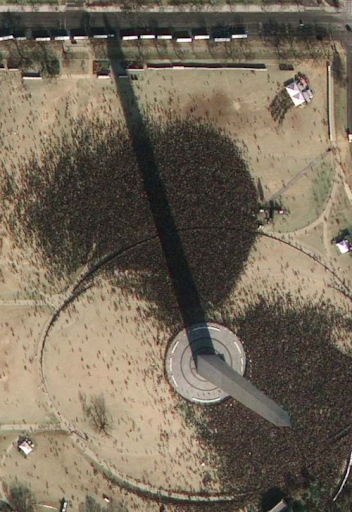 GeoEye-1 took this satellite photo of Barack Obama's inauguration ceremony. Note the shape of the crowd gathered around the large-screen TV in upper right.(Credit: GeoEye)

GeoEye-1 took this satellite photo of the Mall during Barack Obama's inauguration ceremony. Click to see a larger image.(Credit: GeoEye)

NASA, when it isn't finding rogue space lights or mysterious BOOMs of the non-Steve Jobsian variety, is apparently sending rogue science teams to brief President-elect Obama on the future of the space program. These teams weren't sanctioned by NASA top brass, so in a way they are effectively going rogue, not unlike an Alaskan governor in a Saks Fifth Avenue. They were also not towing the company line about the future of the space program. In fact, they argued that NASA should scrap the upcoming Ares rocket program in lieu of a new program called Jupiter Direct, which relies heavily on proven current-gen space shuttle program technologies and rocket parts. 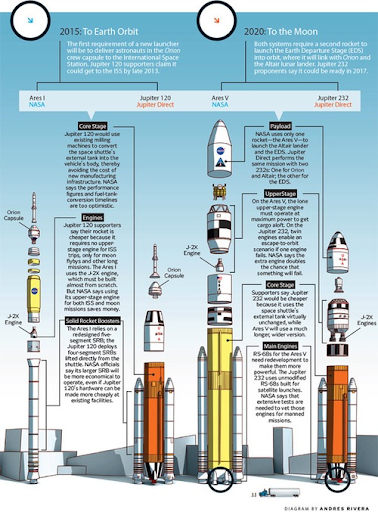 On paper at least, the Jupiter Direct program appears cheaper. Using a smaller and less cool-sounding rocket than the Ares 1, called the Jupiter 120, the program would require the modified external tank from the space shuttle, which would be shot into space by two RS-68 liquid-fuel engines. Liftoff would occur thanks to the two four-segment solid rocket boosters engineers would bring over directly from the existing shuttle program (which is obvious once you see that image). And better yet, the Jupiter Direct program has longevity built right in. Because its engine configuration is theoretically more powerful than Ares, the 120 rocket would have the extra oompf necessary for a lunar flyby. A larger Jupiter 232 rocket would allow man (and woman) to land on the moon after a hookup with NASA's Orion lander capsule, which the program leaves unchanged. Ultimately, the plan is about saving money and keeping space flight missions ongoing after the shuttle program is retired, not usurping NASA. The Obama transition team provided no comment on the rogue meeting, or on the Ares program, for that matter.

Apple's final Macworld keynote is Tuesday, and we'll be there live! 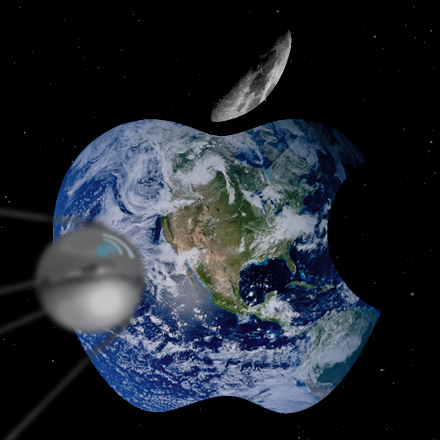 Don't forget kids, Apple (and our main man Phil Schiller) will be doing its final Macworld thing live and direct come Tuesday morning, and as usual, we'll be there doing what we do: liveblogging the hell out of it. Set your alarms, wake the neighbors, and settle in for the mind-blowingest keynote you done ever seen. Here's where you need to check in on Tuesday, January 6th:
Live from the Macworld 2009 keynote
At these times:
07:00AM - Hawaii
09:00AM - Pacific
10:00AM - Mountain
11:00AM - Central
12:00PM - Eastern
05:00PM - London
06:00PM - Paris
02:00AM - Tokyo (January 7th)