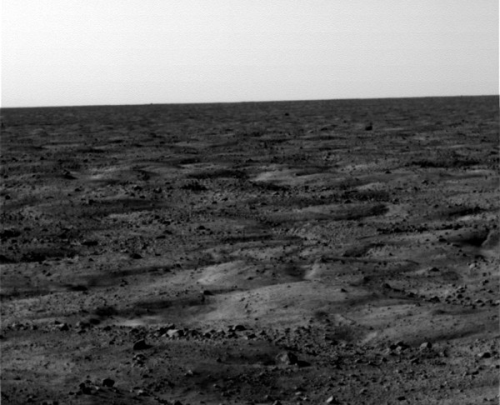 Things are looking good for the Phoenix lander which touched down on Mars at 4:53pm on Sunday, May 25. The NASA nerds are reporting an almost perfect landing, with the spacebot tilted only one quarter of a degree. In fact, they're claiming that this landing was "far smoother than any simulation or test that was ever done." The lander's north-pole location is measured at -106 degrees Fahrenheit and chock-full of life-preserving ice. Phoenix will chill on Mars for 90 days, sniffing soil and looking for frozen Martians in whatever form they may take. Now that Mars Oddyssey -- one of its main communication uplinks -- has passed over the lander, we have our first pictures, one of which is above. Nice work, guys!