750,000-Brick Kennedy Space Center Is the Mother of All Lego Models [Giz Goes To Lego] 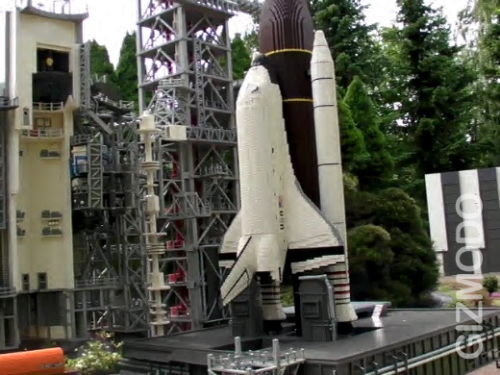 Forget about the Lego Airbus A380 and the Lego Death Star, because this video will show you the mother of all Lego models: the 750,000-brick Kennedy Space Center. Using 1,506 square feet, it took 2,500 hours to build. It includes a 6.13ft-tall Space Shuttle on the launch pad, the space center with a 9ft-long Saturn 1B rocket, and the Vehicle Assembly Building—8ft long x 6ft high x 5ft wide—made out of 50,000 Lego bricks. I know. Mindblowing. This thing is so massive that it can probably affect Earth's orbit. Update: if Lego's Kennedy Space Center is the mother of all Lego models, Giz reader Florian Frischmuth has sent us his pictures of the father: the 1,300,000-brick Lego Allianz Arena stadium in Munich, Germany. This titan contains a mindblowing 30,000 mini-figs inside. The Allianz Arena Lego model was built following the original plans from Swiss architects Herzog and de Meuron, using 4,209 hours of work and over a million pieces. It can glow red, blue, and white using interior LEDs, achieving the same lighting effects of the original stadium thanks to a special translucent brick specially manufactured for the project. [Giz's Lego Trip]