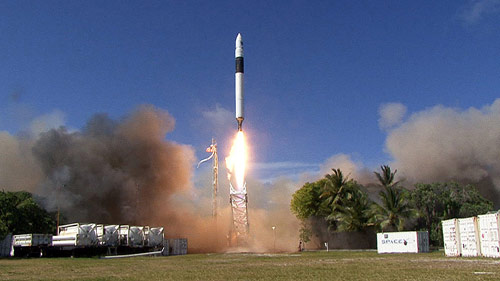 Wipe those tears away, budding astronaut. SpaceX's latest failure wasn't completely in vain. According to head honcho Elon Musk, the problem came just after a "picture perfect first stage flight" when a longer than expected thrust decay transient of the new Merlin 1C regeneratively cooled engine became "just enough to overcome the stage separation pusher impulse." You honestly may need to be a rocket scientist to digest all of that, but here's something even the layman can understand: Musk wants flight 4 in the air as early as next month. We're told that the long gap between flights 2 and 3 was simply due to all that engine engineering, but technologically speaking, nothing will change for the next attempt. Godspeed, Falcon 1 (v4).