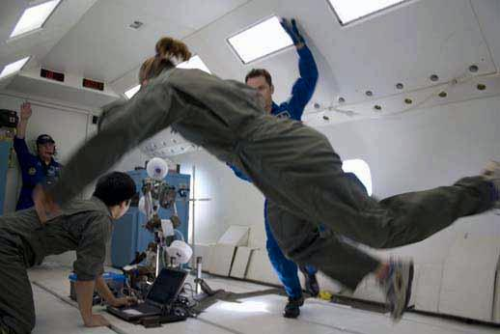 Don't you hate it how simply moving a robotic arm in a microgravity environment can produce enough negative reaction forces to alter a spacecraft's orientation? Well, a group of researchers from Cornell University have now devised a new type of robot arm that they say could make that pesky problem a thing of the past. To do that, they've employed a device known as a control-moment gyroscope (or CMG) instead of a motor to control the arm's joints, which not only reduces the amount energy requied to move the arm, but lets it move faster as well. As you can see above, they've already tested the arm on board NASA's famous Vomit Comet, but there's no indication just yet as to when or if the arm will actually see action in space.