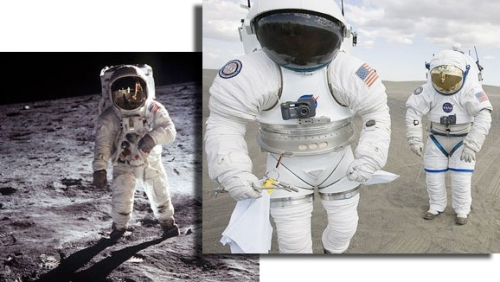 It may be true that no one can hear you scream in space, but we'd be wagering that a whole lot of people can hear the yelling coming out of Houston-based Oceaneering International, Inc., who just lost their two month old $745 million NASA contract to build the next-gen space suit. Of course, the bid was not without its fair share of bitching and moaning by competing contractors (apparently long time space suit-makers Hamilton Sundstrand and ILC Dover made a big stink after the contract was awarded to their upstart competitor), but them's the breaks when your gear's headed to space. Too bad though, we were really looking forward to the gear -- especially since now we have absolutely nothing to wear to the astro-prom.