Spaceship "force field" could protect astronauts on trip to Mars 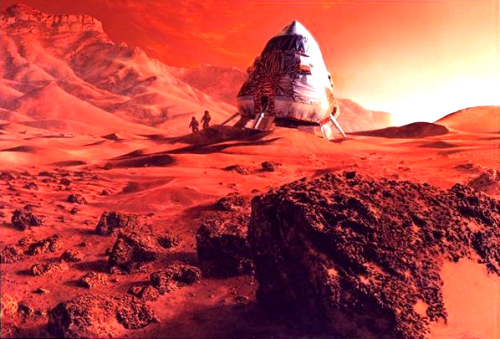 While there's certainly no shortage of folks working on sending robots to Mars, there's also thankfully a few researchers focusing on making the trip a bit more bearable (and survivable) for us humans, and a group from a consortium of different institutions now say they've made some real progress on that front. Their idea is to use a portable "mini-magnetosphere," which would protect a spacecraft from harmful solar storms and cosmic rays in much the same way the Earth's magnetosphere naturally protects the planet. That is actually an idea that has been around for decades, and was shown last year to be at least theoretically possible, but it has only now been taken beyond the realm of computer simulations. That was apparently possible thanks to the use of an unspecified "apparatus originally built to work on fusion," which allowed researchers to recreate "a tiny piece of the Solar Wind" and confirm that a small "hole" in the wind would indeed be all that would d be necessary to keep astronauts safe. Of course, the leap from the lab to an actual spacecraft is another matter entirely, but the researchers seem to think that there's quite a bit of promise in the idea.
[ Via: PhysOrg ]