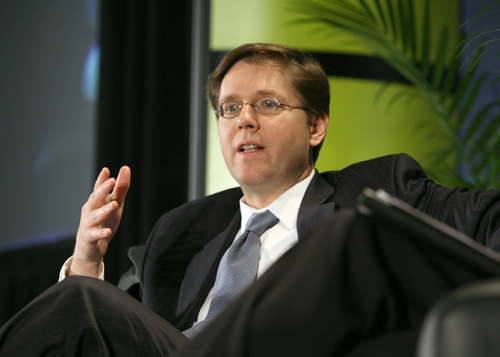 You win some, you lose some -- so says FCC chairman Kevin Martin (pictured), in a roundabout way, at least. The hard-fought campaign for using the freed "white spaces" from the upcoming DTV transition in America has at long last led to victory for proponents such as Google, Microsoft and Intel, but suffice it to say, not everyone is thrilled about the decision. Essentially, the approval will allow unlicensed use of the soon-to-be-liberated spectrum, would could pave the way for mobile broadband access in rural locations (for example). Fuming TV broadcasters will theoretically be protected from any unwanted interference, as any device "offered by a technology company for use on the white spaces will have to go through a rigorous certification process." More wireless in '08 -- now isn't that something we can all agree on?
[ Via: TechCrunch ]