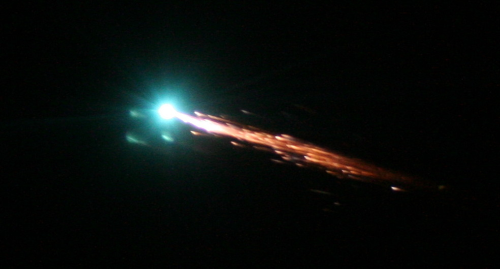 This is the first picture of the spectacular re-entry of Jules Verne, the Automated Transport Vehicle that fell from orbit today at 9:31AM Eastern time. Taken from a DC-8, it shows the moment in which it starts to break at 9:43AM, just before falling into the Pacific Ocean. Apparently, the show was amazing because this thing was gigantic. Check its scale compared to the Apollo and a Progress capsule. Update: More pictures coming in now. 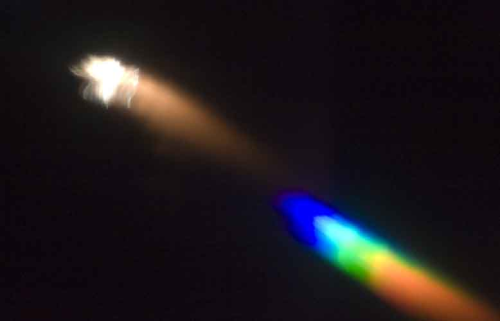 Let's hope there are better ones coming. 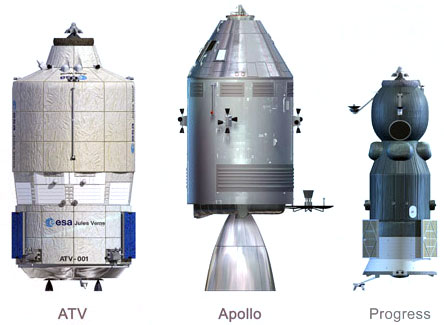 Jules Verne "carried almost five tonnes of food, breathing air, drinking water and fuel on board." There are two more ATVs in construction right now, and one of them may be in charge of bringing down the International Space Station when it reaches its end of life at the end of the next decade. Watch this space for more pictures and videos coming soon. [ESA and DLR]